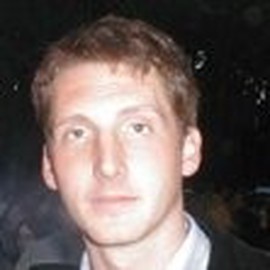 Paul Deglaire is the head of the OF TE TD LC TL TLS team based in France between Paris and Rouen. The team is counting around 10 PhDs and technical expert and is included in the Turbine Loads (TL) Department of Siemens Gamesa Offshore headed by Kristian Markussenin Brande , DK. After civil MSc engineering studies in The “Ecole des Ponts et Chaussées” in France and MSc courses from Southampton University and the Wind Master in DTU, Paul got his PhD from Uppsala University on analytical methods for complex aeroelastic blade section in motions. Paul has started his career in the wind industry in AREVA Wind in 2008 first as responsible for the Wind R&D roadmap then from 2011 as program manager in Germany for the development of the AD5-135 integrated in Adwen than SGRE portfolio and installed in Wikinger offshore wind farm. Paul came back to France in 2013 to create a local R&D team dedicated to advanced aerodynamic load models, managing various national R&D projects related to aerodynamics and loads. Since the integration of Adwen in Siemens Gamesa Offshore in 2018, Paul is now managing the TLS (Turbine Load R&D Services team) responsible for key critical Technology areas in the domains of advanced aerodynamics, Vortex Induced vibrations , Wind farm wake effects and advanced wind models. The TLS team has started more intensively to interact with DTU through the R&D projects Powerkey and TOTALControl on wakes’ load simulations.